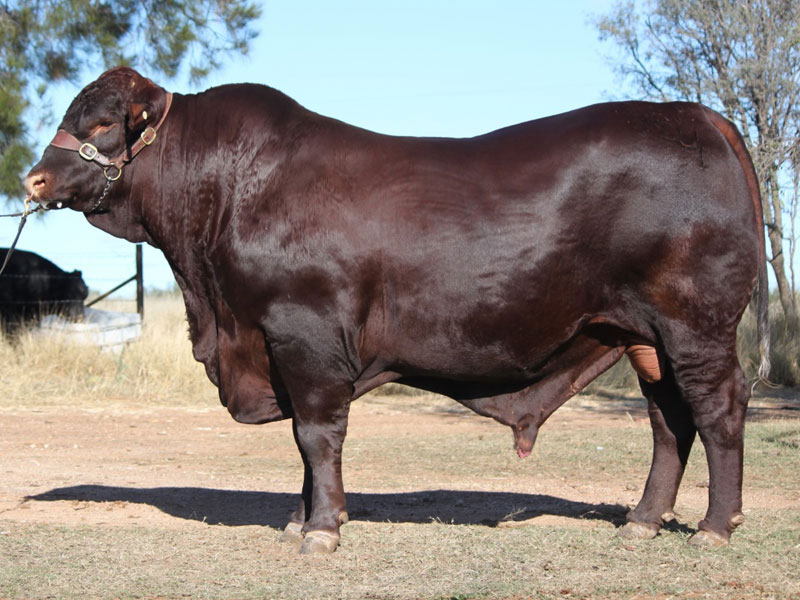 Dangarfield Universe (PS) was sold as Lot 1 at the Dangarfield Sale in 2013 to the Riverslea Group for $40,000, to set Dangarfield’s record top price.

His dam, Dangarfield 6496 has a strong calving record of 8 progeny recorded, with a 359 day calving interval and is PTIC this year.

We are particularly impressed with the line of daughters that Universe (PS) has sired to date.  From the first drop, all 16 of them were joined last season, 15 returned a positive preg test and 14 classified.

His progeny exhibit his scale and length, easy doing ability, are quiet natured and are dark in colour.