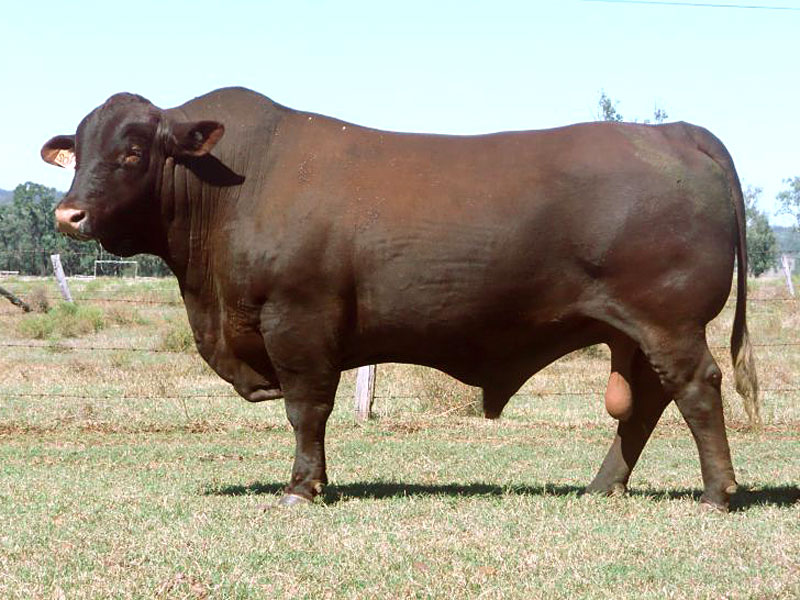 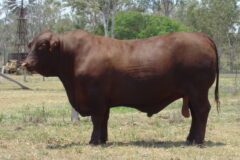 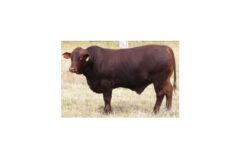 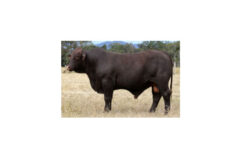 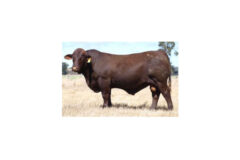 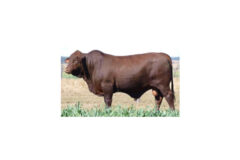 NOTES: Atomic has made a huge impact on our stud with his quiet temperament, constitution and fertility traits. He has inherited his dams’ exceptional fertility—Garnet had 11 calves in 11 years (DCI of 368 days DTC EBV of –5.4 (top 10% of breed) of which 10 classified ‘S’. His daughters have a consistently high re-breed each year with sound structured udders & teats rearing strong, sappy weaners. They have great mothering ability and are a pleasure to work in both the paddock yards with their placid nature. He has been successfully mated to yearling & 2 Yr old heifers. He is a Trait Leader for Scrotal Size and his Index’s are in the top 5% and 10% respectively for Domestic & Export. ‘S’ bulls have sold to a top of $26000 and herd bulls have sold to a top of $10000. 4 sons at the 2016 Rockhampton sale sold for an average of $13500. We have retained a son, Galactic G76, who has the same constitution disposition of his sire whilst having a balanced set of EBV’s across all traits. He has been used successfully over maiden heifers for 2 seasons with his calves being notably small at birth. Semen has been sold to South Africa & New Caledonia.