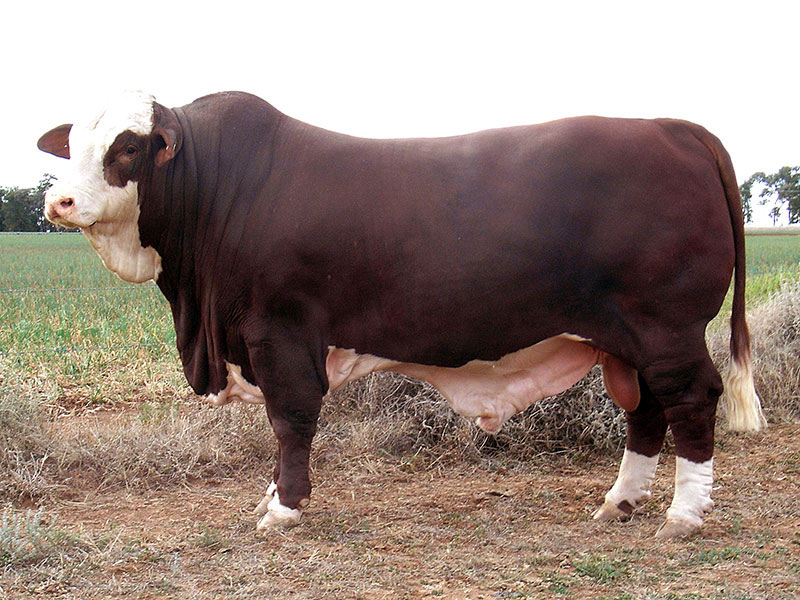 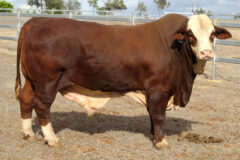 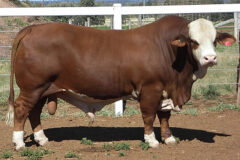 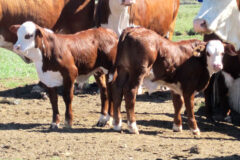 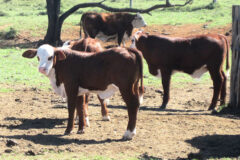 EXPORT PRICE: Not available for EXPORT

NOTES: Carinya Nigel was bought by Larry and Beth Acton for $14000 at the 2013 National Braford sale at Gracemere, for their stud, Riverton Brafords. Nigel is a horned bull, whose grand- sire was the top performing Carinya Endeavour, and his dam was by Carinya Hudson, another well regarded sire. Nigel was 1184 kgs on sale day with an ema of 137 and scrotum of 47 and was 36 months old. He has tremendous length and thickness, a great sires head, and excellent Braford markings. His first drop of calves are now on the ground and look very impressive.